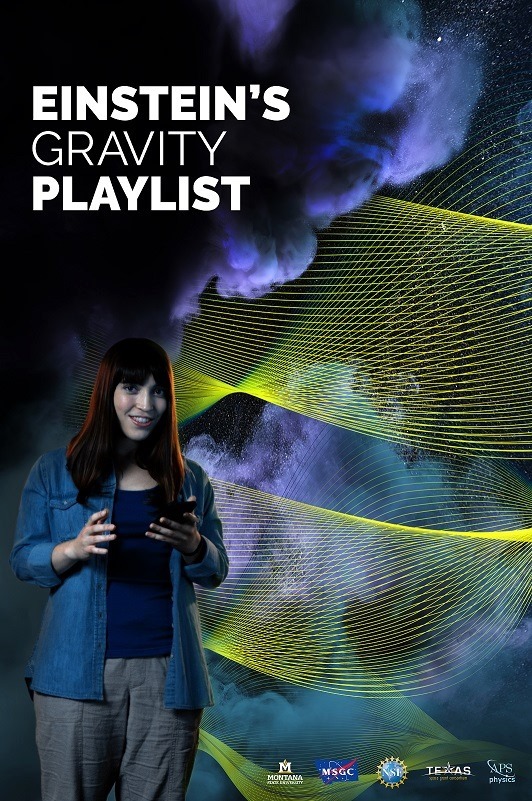 Einstein’s Gravity Playlist is an original planetarium show that explores the ripples in space-time known as gravitational waves. Albert Einstein first predicted the existence of gravitational waves in 1916, and a century later, scientists detected these waves using incredibly precise laser technology here on Earth. In honor of this long-anticipated detection, the scientists who created the Laser Interferometer Gravitational-Wave Observatory (LIGO) won the Nobel Prize in Physics in 2017. In this show, viewers follow Lucia, a PhD student in physics, on an exploration of how gravitational waves are formed, how they move through the universe, and how scientists like her work to hear them.