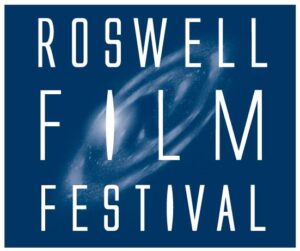 The Roswell Film Festival honors International Feature and Short Films of all genres.  Special Sections include: General Entry (including Studio Films), Sci-Fi/Fantasy, Independent (Non-Studio Films), Documentary and New Mexico based productions. Taking place every April, the Roswell Film Festival hosts films, filmmakers, actors, crew, special events, panel discussions and you in the Alien Capitol of the World. Finished films in the categories of Feature Films (running time over 60 minutes) and Short Films (running time under 60 minutes) may enter into the festival. Come enjoy several days of great films and like-minded people to celebrate the art of film. While you are here, visit the events surrounding the Festival throughout Roswell. Who knows, you might just witness something out of this world!