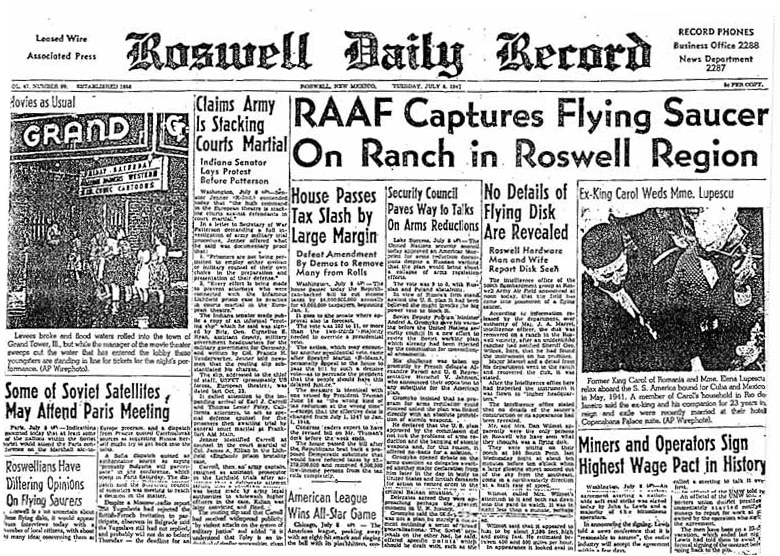 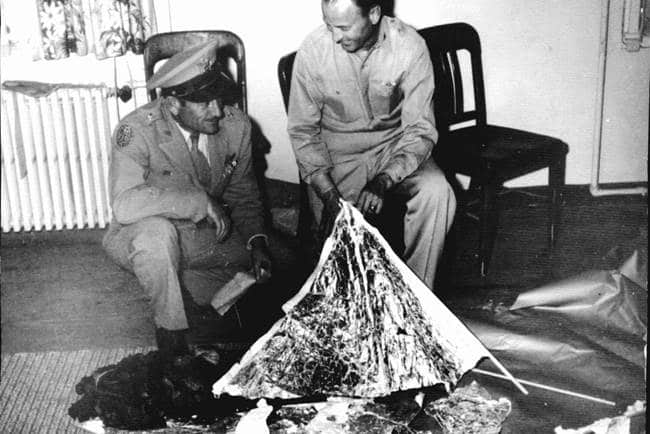 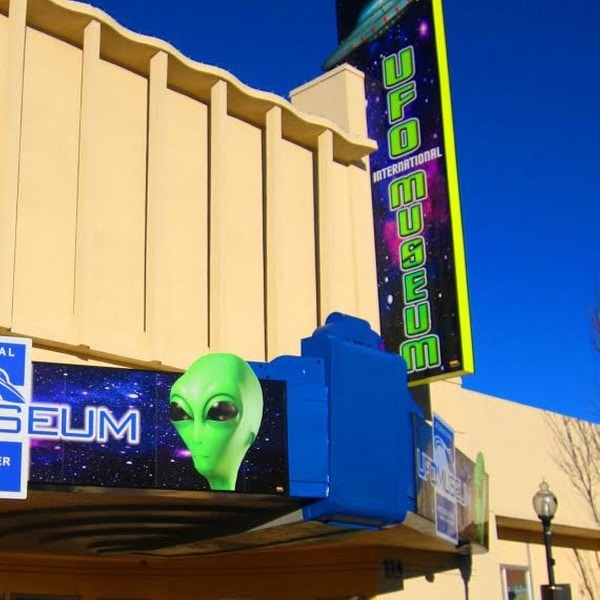 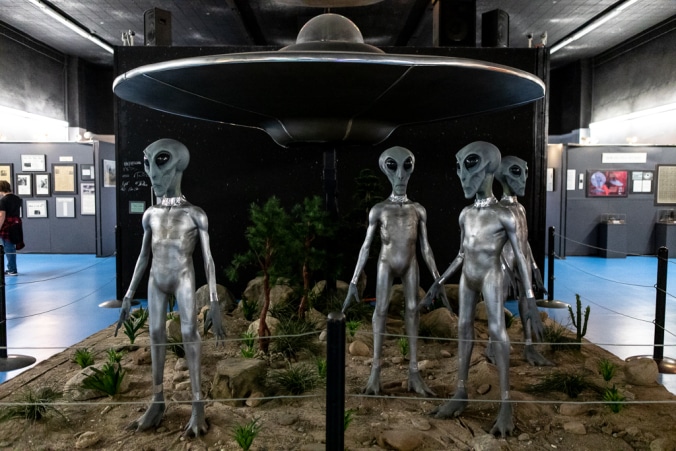 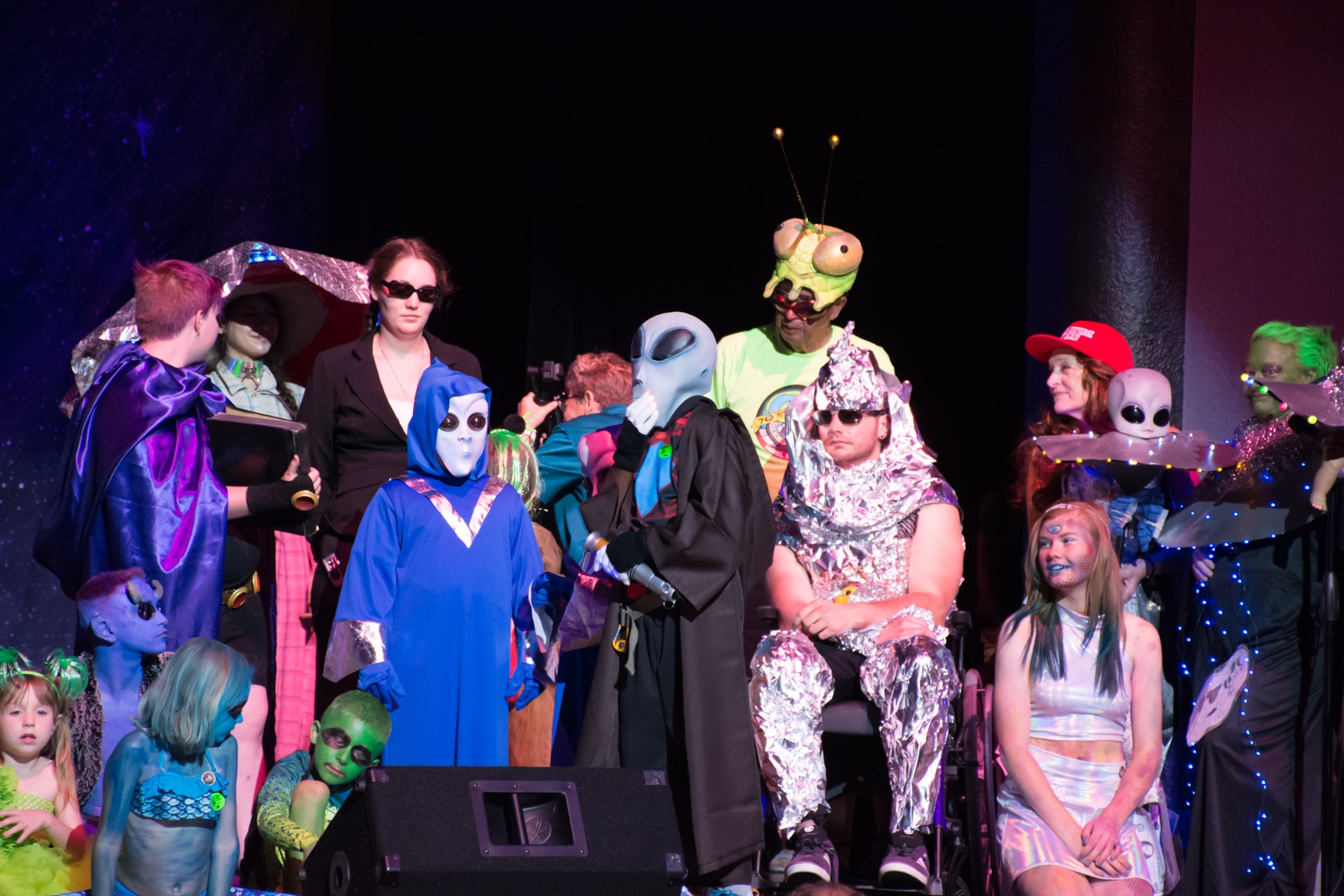 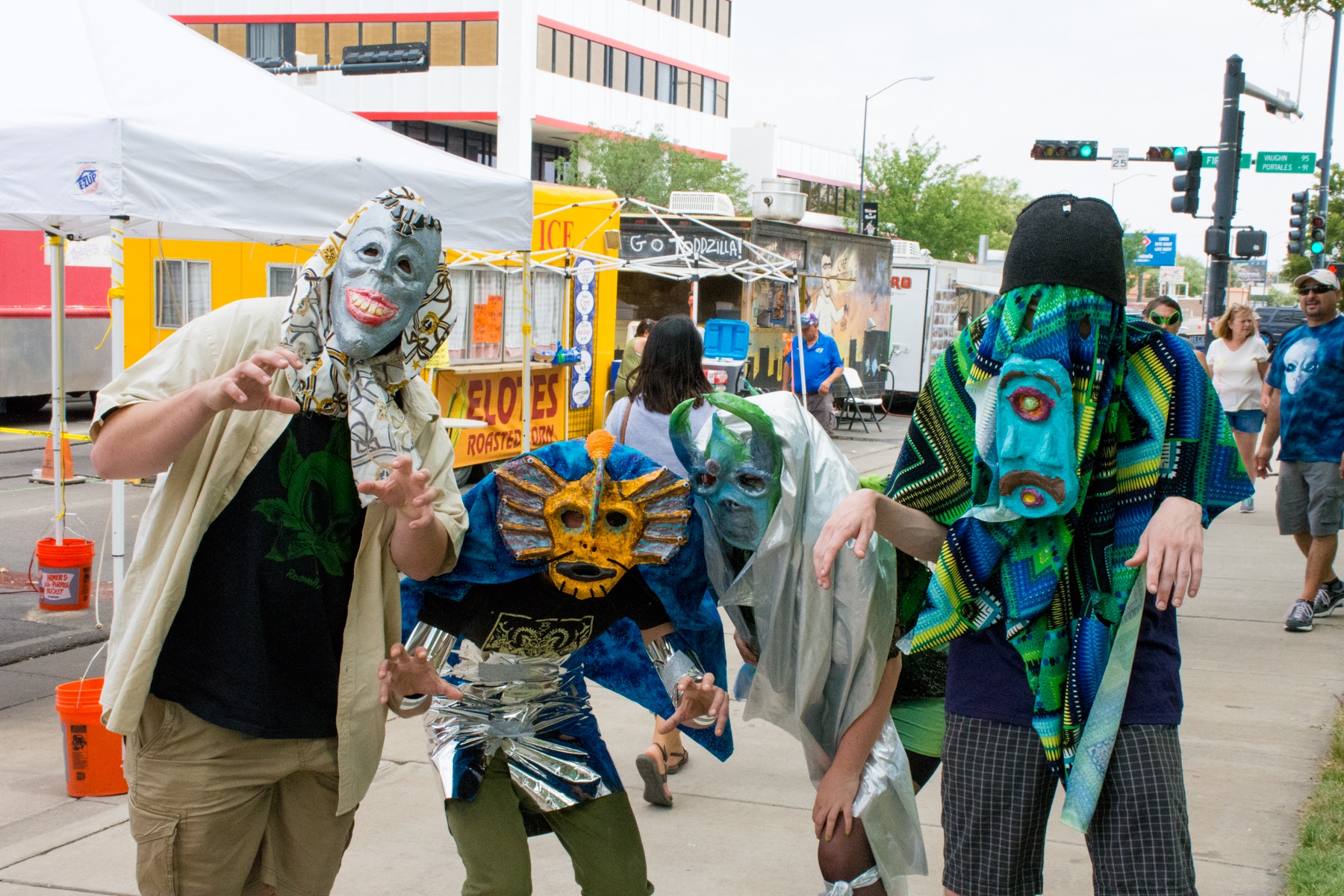 In July 1947, something happened northwest of Roswell during a severe thunderstorm. Was it a flying saucer? Was it a weather balloon? What happened?

The answer is, nothing for many years, until leading UFO researcher Stanton Friedman came across the story in the early 1980s and began the search for information and witnesses. That research brought him to Roswell looking for the public information officer who had been at Roswell Army Air Field in 1947. That officer was Lt. Walter Haut. He still lived in Roswell and remembered the press release and the orders from his commanding officer.

Friedman’s investigation also led to many others, both military and private, who had information to add to the Roswell Incident story. Stepping into the picture very strongly in the late 1980s were Don Schmitt, Kevin Randle and Tom Carey. since then, Schmitt and Carey have dedicated their research to Roswell.

When cowboy W.W. “Mack” Brazel and foreman of the Foster Ranch near Corona, 75 miles (120 km) north of Roswell, rode out to check on his sheep the morning after a particularly violent thunderstorm in early July 1947, he and his young neighbor Dee Proctor found a wide swath of strange debris spread across the prairie. Brazel collected several pieces of wood, metal, and foil that he later showed the parents of his young friend. They urged him to report his find to the authorities.

On Sunday July 6, Brazel drove into Roswell bringing his story and some of the debris to Sheriff George Wilcox in his office next to the jail at the back of the Chaves County Courthouse. The sheriff was not particularly interested, but did telephone the Roswell Army Air Field in case this indicated a crashed airplane.

The recovered debris was gathered by the military from the Roswell Army Air Field under the direction of base intelligence officer Major Jesse Marcel. On July 8, 1947, public information officer Lt. Walter Haut issued a press release under orders from base commander Col. William Blanchard, which said basically that we have in our possession a flying saucer. The next day another press release was issued, this time from Gen. Roger Ramey, stating it was a weather balloon. That was the start of the best known and well-documented UFO coverup.

Once it became public, the event known as The Roswell Incident – the crash of an alleged flying saucer, the recovery of debris and bodies and the ensuing cover up by the military – was of such magnitude and so shrouded in mystery that, over 70 years later, there are still more questions than answers. Books have been written and TV documentaries have been filmed. Witnesses have come forward. Skeptics have issued rebuttals to the Incident, and the debate continues. The alleged crash site is located on private land and is not accessible to the public.

The International UFO Museum & Research Center, located at 114 N. Main Street, is a nonprofit corporation founded in the fall of 1991 by Walter Haut, Glenn Dennis and Max Littell. The museum opened to visitors in the fall of 1992. The UFO museum was organized to inform the public about what has come to be known as “The Roswell Incident” as well as all other aspects of the UFO phenomena. The corporation’s mission statement includes the goal to educate, not convince, the general public about the Roswell Incident and all aspects of the UFO phenomena.

People from all around the world travel to Roswell to what the UFO Museum has to offer. some of the exhibits include information on the Roswell Incident, crop circles, UFO sightings, ancient astronauts and extraterrestrial abductions. The exhibits are designed to encourage visitors to ask questions and to think outside the box.

The UFO Museum’s Research Center Library houses more than 7,000 books and over 30,000 magazines, periodicals, pamphlets and more than 1,500 DVDs related to the UFO phenomena. The library’s friendly staff is available to help students of all ages with school projects and reports, as well as authors, researchers and visitors seeking information.

Once visitors began making their way to Roswell seeking more information on the 1947 Incident, a number of local residents, in conjunction with the UFO Museum and the Roswell Chamber of Commerce, came up with the idea of celebrating the anniversary of Roswell Incident every year during the first week of July.

Since 1996, the Roswell UFO Festival has drawn thousands of visitors to the UFO Museum and to Roswell. The event is a fun-filled, entertaining and educational weekend for all who attend.

The UFO Museum hosts lectures from leading UFO researchers while the City of Roswell and MainStreet Roswell bring together numerous vendors with food, memorabilia, music and live entertainment. Other activities include alien costume contests for humans and pets, an evening light parade, carnival rides and Fourth of July fireworks. In 2022, the festival will mark the 75th anniversary of the Roswell Incident.